Casino gambling was not legal in Virginia a few years back. It is one of the last states in the United States of America to legalize casino gambling. Five cities got the approval of state legislation in 2019 as locations for building casino resorts. Among them, four cities selected the plans that had come from the applicants. In the election of November 2020, local voters gave their final approval.

The proposal for a casino in Richmond was rejected in the election held in November the next year. It was for the casino ‘One Casino and Resort’. The proposal had come from URBAN ONE, the company that owns radio stations across the United States. The four casino hotels that got the approval from voters are:

This $500 million casino resort would be opening in late 2023 in Danville. Caesars Entertainment has named the casino ‘Caesars Virginia’. Besides an elegant casino, it will also have a hotel and an entertainment center. The number of slot machines in this casino would be 1,400.

In addition to these slot machines, it will have 75 table games, a sportsbook, and a poker room. There would be 500 guest rooms in the hotel along with a conference center and meeting rooms. The seating capacity of the entertainment center will be 2,500. Want play slots online? Check this website!

Until the construction of this casino hotel is completed, the Bristol Casino would be in operation. This is a $400 million project located in the city of Bristol in Virginia. Completion of this property is expected in late 2023 or in early 2024. Upon completion, it will have a 90,000-square-foot casino.

Besides this, the casino hotel will have a 750-room hotel and a convention center. It will also include a 3,200-seat entertainment center, an outdoor entertainment venue, retail shops, and restaurants.

Currently under construction, this $300 million casino resort is located in Portsmouth. The date of opening for Rivers Casino Portsmouth is February 2023. Upon completion, the casino will have table games, slot machines, and restaurants. The 400,000-square-foot complex will include a movie theater and a 3,000-seat venue for events.

Additionally, the property will also have a 4-star hotel and retail stores. A Chicago-based gaming and entertainment company called ‘Rush Street’ will develop and operate this property. As of now, the company operates casinos in Pennsylvania, Illinois, and New York.

This casino hotel will open in Norfolk in 2024. The cost of this project is estimated to be $500 million. Headwaters Resort & Casino will be located next to Harbor Park on the Elizabeth River. The casino will have 150 table games and 3,000 slot machines. There will be 300 guest rooms and suites in the hotel.

The Pamunkey Indian Tribe had signed a development agreement at the beginning of 2020 with the City of Norfolk. It was to build this casino hotel on the city land measuring 13.4 acres. The voters gave their approval to this casino in the election held on the 3rd of November 2020.

There are plans to include a rooftop entertainment area and an event center in the property. It will also have a spa and rooftop pool along with multiple restaurants. 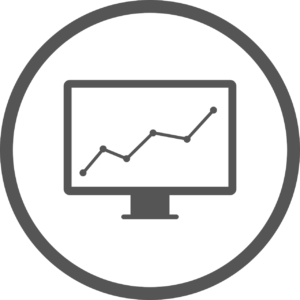